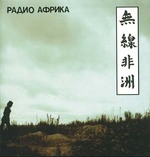 Radio Africa is an epochal event, a earthquake of an album, sui generis, the strangest flower of early Akvarium's garden of otherworldly delights. Sure there are antecedents: Pink Floyd for the sound-effects, Jethro Tull for the electric guitar and flute combo, a nipped jazz riff here, a tucked New Wave guitar there, and the aforementioned meddlesome Solid Gold-style synclavier which misbehaves itself at odd moments, as if to remind you that 1983 is indeed happening somewhere else on the planet. (This Bodhisattva, for one, is of an age to have been highly traumatized in high school by rhythmless white guys doing the whole one-glove, flammable-hair Michael Jackson thing).

But while the West has always had it's lunatic fringe—from the Mothers of Invention to Bongwater—perhaps only BG and Co. have ever succeeded in being at once perfectly nutty and perfectly sincere, memorably melodic and endearingly chaoitic, six guys driving a fire-engine red Zhiguli backwards up a stairway to heaven.

Bearing this in mind, the sublimities of RA are perhaps not for the totally uninitiated. The first time I heard it—I think while Dji was giving a learned disquisition on how to surf in a Russian apartment without the benefit of board or computer—I didn't warm to it. Too far out. Too many disruptions of tone and tempo and attitude. But like ice cream when it's 40 below, like beer and dried fish, like beating yourself silly with birch branches in a banya, it's one of those counter-intuitive Russian things whose sublimity sneaks up and nips you in the brain-stem. At first it's strange. Soon it's inevitable.

Some notes on some of the tracks...in totally random order, befitting the nature of the album:

Rock-n-Roll's Dead: A huge rock anthem in a minor key?? And how. Rock-n-roll will never be dead as long as BG can continue to churn out the occasional tune like this. The influence of guitar-virtuoso Andrei Lyapin looms large and for once Akvarium sounds like a fairly conventional rock act but—like Picasso drawing his perfect circle—it only goes to show that they can play any game they choose. This is a wonderful one to belt out in the privacy of your own motor vehicle as you speed home a little too fast on a starry night; meanwhile I can't... write... anymore... too... busy... air-guitaring...

Evgraf the Kid: I've heard this song a hundred times, read the story of its genesis (see BG's Notes below) and yet I'm afraid I still can't quite believe it exists. Whence this madness? Whence? Whence? (This sounds rather better in Russian). A snifter of Vertinskiy, I guess, and a whole early 20th century Russian music hall tradition that one can hardly begin to guess at. The only similar appropriation I know of in all of pop-dom is the Dukes of Stratosphere's "You're a Good Man, Albert Brown," but—sorry, folks—that came much later. Like Albert Brown, however, you want to set Mal'chik E. up with a round or two and hear what he has to say...in fact let's invite him and all the homeless dogs in for a bottle—no, on second thought, let's make that a case—of Советское Шампанско. "Why? What? How? What a wonderful night!"

Snake: An amusing little ditty, with exactly half of a wild sax solo, before someone twirls the ol' radio dial. Not recommended for dour Lacanian exponents of "the male gaze."

The Art of Being Humble: Bass-orific with some typically Kuryokhin-ish keyboard noodling in the background. Influence of the Talking Heads is all over the place, including in some of the lyrics which are a major BG BorrwoinG. Somehow it doesn't quite click—the whole is less than the sum of the parts—but it doesn't fail to divert...Confusingly, this song occasionally crops up on liner notes as "Take Me to the River." (For the Bodhisattva-ish connoisseur there are better versions to be found on Akvarium with the Mitki and 25 Years.)

Time of the Moon: This sounds like something they might play at a Soviet Dissident roller-derby: Brodsky takes out Solzhenitsyn with an elbow to the breadbasket!

Captain Africa: Lovable because it comes so close to spinning totally out of control: It's like watching a car do three perfect 360s on an icy highway and then continue blithely on its way as if nothing had happened. Plus, it introduces us to the infamous Tchoooo, for an overall effect of Thelonious Monk and Charlie Parker jamming in an arcade where a bunch of people are playing Space Invaders.

It's Snowed All Day: An infectious reggae groove balasted by gently heart-rending lyrics. I once saw a 10-minute super-extendo-jam live version of this that ranks up right there among the most astonishing concert experiences of my life.

Songs of Exhuasting People Mal'chik Evgraf's country cousin. A jaunty, bouncy, two-step tip-toe through the tulips. "A book in the form of a pistol." In this coxtext Kuryokhin's Tchooo sounds like a million bees sneezing.

Vana Khoya: Splish-splash, the potato-moon rises over a bathwater-warm tropical sea, and it's time for me to light the tiki torches as Dji passes the bowl of banana-pukhi. Dzhub and Elizaveta enter wearing grass yubki, platform tennies, and leis woven from dill and ivan-chai, while friendly natives bring in bowls of suckling-pelmeni, taro-root and mayo salad, and pineapple-beet sorbet. Somewhere off in the forest the rare and lovely Dyusha-bird trills. k.p.tikka-ri's nodded off...too much kava (again!) We're lulled. We're seduced. We'll be together all night.

And more besides, from the ultra-slow, droning Another One Falling Down to the whirring wheels of Music of the Silver Spokes to the enigmatic Radio Shao-Lin. So turn off Radio Evropa Plus (for God's Sake turn off Radio Evropa Plus!!!!) or whatever you happen to be listening to and tune in to this turbulent, strange and wonderful Continent of Sound.

A Dzhrew-ish footnote: Close inspection of what appears to be a copy of the back cover of a single from this album (pg. 175 of "14") suggests that Kuryokhin wrote "Tibetan Tango." Makes sense. What makes far less sense is the selection of songs for the single.

Two years had already passed with tons of evening bicycle rides around the then-popular health resort "Solnechnyi" (cf. "Music of the Silver Spokes).

It was those rides that were the source of the album. At first we used our beloved Young Tekhnik Building, then Tropillo somehow made an agreement with the the MCI recording van which had arrived at the Philharmonic. By nights—hiding from the steadfast gaze of the police who watched the van suspiciously from the other side of the street—we slipped into the first 16-channel studio we'd ever seen and made one of our lifelong dreams a reality. The dream was to do a blue-blooded, diverse, positive record. And that's what happened. Here is be found: Kuryokhin and Butman's mutual jazz; our "reggae"; backwards guitars and drums; a choir of Shao-Lin monks; Lyapin (with whom we'd finally found a common language). All that came together, producing the desired effect.

Who didn't work on Africa? Maikl Kordiukov ("Time of the Moon," "Snake," "It's Snowed All Day"). Zhenya Guberman ("Captain Africa"). Grinya (A. Grischenko, the bass player Kuryokhin had brought in even during the "Taboo" period—he plays on "The Art of Being Humble"). Lilia (Lyapin's then-wife) added vocals to "Evgraf the Kid." Sevka [Gakkel'] played bass on that same "Evgraf" and on "Vana Khoia." Even Grisha Sologub of the band "Strange Games" came by to record harmonica for "Vana Khoia," but the harmonica was radically out-of-tune with the tracks we'd already recorded—so, reluctantly, we had to sacrifice it.

Titov appears for the first time during the recording of Radio Africa. When nobody could record the simple, motor bass of "Time of the Moon," Dyusha recalled a bass player he once knew, met him somewhere and asked him to help us. Aleksandr modestly dropped by the van, listened to the track, and recorded the bass in a single take. I was impressed and it set me thinking. "Time of the Moon" and "It's Snowed All Day" were written during my runnings between work and home (I worked as watchman [Storozh Grebenshikov] at a garage for some banyas and went home to sleep at night). "Evgraf the Kid" was written in a taxi with Tsoi [Viktor Tsoi, of Kino] and Mar'yana [his lady friend, I assume -trans.]. I was going with them to their place with a sack full of red wine. We were late (because Kuryokhin was already waiting for us when we got there).

When the recording was done, we mixed it all night, finishing at ten in the morning, then we went to Vyborg to play at a festival. That's where Titov got the formal invitation to play in Akvarium, which he enthusiastically accepted. To commemerate that, everyone who was at the festival got drunk and swam naked all night in the Monrepo lake/flora park (I think that's right in the center of Vyborg). As well as I can remember, at that time it was generally comme il faut [the done thing] to walk around naked in public places.