Stuffography The Secret History of Beekeeping 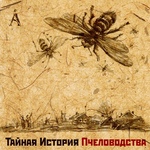 The Secret History of Beekeeping

Secret is an apt way to name this collection of BG misfits. He describes them as songs which make the odd appearance on a concert set, but don’t often trouble the recording studio. Indeed, the single greatest contribution of “Beekeeping” is the insight it provides into Boris’ counterintuitive approach to live work. I regularly binge on “Prayer and Fasting”, and as other Bodhisattvas have noted, the set list has an odd flavour. Boris seems to reject any notion of playing the hits, except on his own terms, and loves to keep his audience guessing. There’s no stadium singalong here, no lighters held up in the air (if anyone still does that). No—Boris is no mere entertainer; he must retain control of the proceedings.

As for the collection itself, it harks back to days when Jimmy Page was picking his favourite songs and putting crop circles on the cover, the time when “remastered” was a neologism spelled P-R-O-F-I-T, but we all loved it nonetheless. I listened with the kind of guilty pleasure we Brits experience in winter when the new series of “Death in Paradise” is aired—warm and fuzzy, and lacking in realism. Part of me knows that this is merely scraping the barrel for another marketable release, but most of me doesn’t care. The track listing is odd, as is to be expected, but it includes some of my personal favourites (I could listen to “Sun in Cold Water” all day long), and some very rare songs- such as “Let’s Get Together”. The existence of 3 tracks I have never seen on another record is reason enough to buy it, naturally. Sound quality is variable.

This is not an essential album by any means, nor is it close to a must-have, but it is a good piece of the puzzle if you want to get into the Psi-che of Boris’ planned concert-onomy.

These are songs for the carefree. They live in some backwater not even hunters have heard of; every now and then they dip their tale into the water at a concert and then hide away from view again, spurning the peaceful life of the quiet bay of an album. This collection is an attempt to show you a few of these creatures. As for when and where they were recorded, it’s hardly possible to tell even from the vocals or the instrumentation. The sound quality, of course, leaves much to be desired, but when we got our hands on some of them for the first time, they were close to white noise, and it was only the painstaking work of the astrophysicists and Agrarians that brought them back into some semblance of life. However, there is a reason for not overmastering them- the recordings faithfully reproduce the ambiance of bygone years. Akvarium Thanks all friends, near and far, for making these rarities available. Boris Grebenshchikov