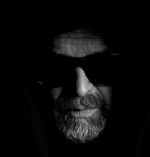 Even among the enlightened, the most difficult discipline is kshanti (patience and forbearance) for a world that is corrupt and corrupting itself by the day. The older you get, the more it tends to disappoint.

And, indeed, it did seem probable that our Boris Borisovich had long ago drifted from the one true path. Listen to Fisherman’s Songs or Zoom Zoom Zoom lately? If I had problems with them 10 years ago, time has been even less kind to them—dispiriting rust and mold, not verdigris. It’s not as if there weren’t serendipitous pleasures to be found here and there on most of Boris’s albums of the noughties. But on the whole they disappointed, and BG seemed to be drifting so very far out into the aether that it seemed unlikely he'd ever record another album that truly mattered to me.

Ah, but, kshanti, my dear Bodhisattvas! The Way of Enlightenment is strewn with sharp stones. Perhaps it was all a test?

At any rate, after a quiet period during which he announced the “end of Aquarium 3.0” (i.e. he disbanded the band, again) our patience has finally been rewarded. Boris has returned to terra firma. Salt, that most necessary of compounds, is one of the best albums of BG’s long career, an astonishing, visceral piece of work that more than lives up to its moniker: earthy, vital, biting, life-enhancing.

It is also dark. Like, darker-than-Russian-Album dark. Thank heavens. One of the most consistent flaws in the post-Psi albums was the amount of musical and lyrical whimsy on display, seldom to good effect. But on Salt BG is wrestling with serious themes: a polity in the grips of corruption and poisonous nostalgia; a singer confronting his own mortality and a changing world. It is an album replete with anger and loss—but righteous anger, and loss informed by love.

But what really makes the album is the songcraft. This is what I’d missed most in the uneven albums of the 00s. For every decent track on those, there were three hook-less, chorus-less snoozers along the lines of “Fate’s Foot” from Sister Chaos. Sure, Boris’s wordplay was still often on point...but if the musical idea song falls flat who’s even going to take the time to parse the lyrics? Not me, Jack.

In contrast, here, with one exception, the songs (to appropriate a near-anachronism) “rock”: churning guitars, thumping bass, staccato drums, and throbbing vocals in the lowest register’s of BG’s fierce baritone. And BG seems to have rediscovered the fact that it’s no accident that most popular music over the past millennium—including, say, most of Beethoven and Mozart—incorporates refrains and riffs, even if you happen to call them “leitmotifs.” The upshot is a set songs that are at once “tighter” (in the sense of not trying to do too much) and “looser” (in the sense of not being over-produced) than anything BG’s put out since the mid-90s.

Nor does it hurt that the various musical guests on the album are just insanely talented. All Bodhisattvas miss Dyusha Romanov’s wiggy flute contributions, an essential element of so many great Akvarium albums. Here on “Love in the Time of War” there’s a transcendent Dyusha-esque flute solo…provided by none other than Ian Anderson. Yes, THE Ian Anderson. Or BG trading licks with Richard Thompson on “Governor”? This is a Bodhisattva’s wet dream…something so implausible and joyous it should have been on our Wish List. While loyalty to musical collaborators is generally commendable, it’s clear that “breaking up the band” has beneficially shaken up and enlivened BG’s recording process in a way that hasn’t happened since Lilith (especially its much-preferred American mix, Dark Moon).

A few notes on the tracks:

"Harvest Festival at the Workers’ Palace": Kicks off the album with a wonderfully distorted, bluesy guitar and rat-a-tat drums. Sharp, wry lyrics about a Russia in which the more things change, the more they undeniably stay the same.

"I Came to Drink Water": This sounds like a Russian Album outtake…which means, of course, it’s glorious. The purity of water is contrasted with the imperatives of a poisoned world. Sasha Titov’s bass anchors us as a beautiful oboe solo takes flight.

"Governor": Surely, the most transparently political song BG has written since “Train on Fire.” But, like most good political songs, it could be applied widely across the world. Thompson’s aforementioned guitar work is just ridiculously good.

"No Such One": A gentler meditation on the paradoxical power and powerlessness of music, with sterling violin work by the American multi-intrumentalist Andrew Bird.

"Love in a Time of War": A searing exploration on the nature of war, propaganda, loss and love…supposedly written before thousands began to die needlessly in Ukraine. Which makes it all the more powerful, like the Talking Heads “Life During Wartime.”

"Branch": On another album, this could have been one of BG’s self-indulgent chanted poems. But here it works beautifully, thanks to a clever use of zither, Mel Collins on bass clarinet, and twitchy drums that propel the song along.

"Dove's Word": Religiously allusive…and elusive. I’m on the fence about the lyrics, but the simple acoustic-guitar-driven melody is stirring and lovely.

"If I Leave": Probably my single favorite track. Killer guitar riffs, suggestive of early Tom Petty, simple lyrics, and a sing-along chorus. I was unsurprised to learn that BG actually wrote the song in the late 80s, though it’s never been recorded before.

"Selfie": Silly name, but a quietly devastating song. As we get older our “selfies” are ever-more difficult to reconcile with a lovely, but fading past. Mitchell Froom, one of the album’s producers, does some wonderful things with the guitar and percussion here.

"Star of the Sea": Really, my only question mark. The children’s chorus? The Latin lyrics? As a quiet coda on an intense album, it more-or-less works, but it, alone, is a little too suggestive of 00’s indulgences of Akvarium past.

In sum, though, this “salt” is indeed, in the English idiom, “salt of the earth.” Essential listening.