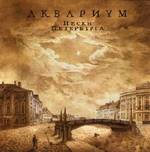 Let's come right out and say it: This is everybody's least favorite Akvarium album.

Well, perhaps not everybody's very least favorite album, but I guarantee you that if Bodhisattvas of Babylon featured a "least favorite" album poll of the 40-odd core Akvarium albums (i.e no solo albums or spinoffs included) Sands of Petersburg would be right up there at number one or two. And, in contrast to Dzhrew's comment about Archive, say, there really isn't any chance that this could be some eccentric's favorite...nobody is that contrarian. Not even Boris.

[Well, actually, as of this writing, two intrepid souls have included it among their favorite albums on BoB's poll. This proves: a) BG is utterly incapable of creating an album unadored by someone, or b) Human perversity knoweth no bounds, or c) Probably both. -ed.]

What's the matter here, pray tell? Well, let's just say that a better name for the album would have been "Ditchwater of Petersburg" (which there is a whole lot of, by the way) because it's dull, dull, dull. There's a few fine songs on it—the best being "Wasting My Time," "Village Ladies & Gentlemen" and "Yuri Day"—but they're totally suffocated by the uninspired mediocrity that surrounds them. (For the great difference context can make, listen to "I'm Wasting My Time" on At the Taganka and "Village Ladies..." on Boris Grebenshikov & Aquarium.)

At risk of putting Boris in a bad mood (see Boris's notes below) I have to say that his friends who warned him about his "graphomania" are right...he's a little too eager to give us absolutely everything that's ever flitted around that noggin of his. (In this respect he reminds me of Elvis Costello; though Elvis, of course, is given to violently repudiating previous incarnations and dissing what he views as his less successful efforts). The best songwriters—and it goes without saying that Boris is among the best—aren't going to be brilliant 100% of the time; an album can survive a handful of tracks that are only so-so...but an album composed primarily of old songs the original group didn't deem worthy of committing to vinyl??

The upshot is an album that I tend to zone-out on and forget that it's even playing about halfway through, as though it were some non-entity so stupifyingly innocuous you forget he's at an event you're hosting until he leaves. Yawn. It's the aural equivalent of beige.

That the songs are for the most part not top-notch is hardly surprising, since, as Boris's notes make clear (and as Bodhisattva of Babylon's extensive listing of bootlegs makes even clearer) most of these songs were floating around a very, very long time before being preserved for posterity on Sands of Petersburg. While The Library of Babylon and Archive are ample evidence that there are plenty of great Akvarium songs that for one reason or another didn't fit on one of the canonical albums of the 80's, they're different in that (especially in the case of Library) they're collecting classics essential to a full understanding of the "History of Akvarium," including some of their best known tracks, like "Silver of My Lord" and "Assholes."

Sands of Petersburg, on the other hand, might well define the notion of "Inessential Akvarium." It has its moments, but the overall impression is of something that should have been written in sand, but that has instead been preserved for posterity in the digital concrete of a compact disc—petrified ephemera.

Harsh? Maybe. But there are literally dozens of Akvarium albums you need to own before you should even consider buying this one. For those of you well along the Pilgrim's Progress to Bodhisattva-hood, however, a fuller accounting of what you'll find here is required:

Why? Why, indeed. Oh, how I hate the Viennese carousel waltzes like this and Kostrama, Mon Amour's "From the Radiant Emptiness"…all sticky and fluffy and empty like cotton candy, driven with repetitive calliope noodling and (in this case) high-whimsical Gunitskii lyrics. Quite simply, one of the worst songs in the entire Akvairum canon. Tfooo.

And It Was the First Day Aural Velveeta. Sounds strangely like the kind of bogus Russified marachi music they play in Nizhny Novgorod's pathetic excuse for a Mexican restaurant.

Be My Jar: Semi-atrocious. I just can't even begin to get past the KISS-like guitar arpeggios. And if, for no particular reason, you're going to do a big overripe Glam Rock anthem it'd really better have a chorus a little catchier than "Be a jar for me/ Mind the jamb for me/ It'll be sweet for me with you / It'll be really good for me with you." (Does that even make any sense at all?? Perhaps Queen's Bohemian Rhapsody is the real inspiration here.)[1]

I'd Like to See You: A lullabye. I mean this literally, as its sleepy 4/4 time, three-chord-progression-on-infinite-repeat and tinkly-winkly xylophone puts me right to sleep.

Little Uncle Thompson: And here we are back on the damn carousel again. This kind of thing gets old really quickly. Wacky musichall send-ups are all very well if they are as instantly infectious as Triangle's "Evgraf the Kid" or "The Old Cat-Burglar," but, to paraphrase Daffy Duck, "It's a great trick, but you can only do it once."

I Wouldn't Want to Be You that Day: If you take the time to figure out the lyrics, it's a pretty interesting song, but musically it doesn't simply doesn't grab one's attention: a repetitive Dylan-esque harmonica and guitar boxcar blues that sounds far too similar to Blue Album's "Railroad Water."

Song #2: Pretty good… sly lyrics sung over a simple but pleasant guitar-keyboard-tambourine mix. Too bad BG didn't stick it towards the beginning of Radio Africa, where it really belongs. As its generic title suggests it's the type of song that Akvarium has always done very well, but one that few would pick as a standout track.

Village Ladies and Gents: A trifle, perhaps, but a tasty one, somewhat in the Captain Voronin song-story mode, with BG's vocals well forward in the mix and clever lyrics:

The Border God comes knocking on my door
His beard jingling with ice.
He drinks my portwine and laughs
Just as I would;
Then, like a silver-tongued devil
He dictates line after line
And when I can hardly stand to write
Tells me the lines are mine.
Thus, there are two lands
Without a common border,
And the way between them
Is someone's secret.
Just like the best books don't have names,
Or the best pictures, people,
So the village ladies and gents
Kept on drinking their morning tea.

Wasting My Time: One of BG's most straightforward love songs. I quite like it…but, as happens not infrequently with BG, the studio version is the one I like least (the connoisseur's versions being on Prayer and Fasting and on At the Taganka). This version shows dangerous carousel-like tendencies with an itchy one-note bass, Ded Vasilly tootling away on a clarinet, and some very fruity keyboard effects in the background.

Yuri Day: And here we have the crux of it. The magical pony we've been wading among all this pony-manure to find. A song very highly esteemed by folks as various as Akvarium uber-Guru Michael Morozov (who provided BoB with a translation) and, on the other hand, a certain Bodhisattva's deeply schizophrenic, heroin-addled ex-girlfriend. Until I came to review this album I'd never really paid enough attention to it. (Why? Because, as supra, I was usually fast asleep by the end of "I Would Like to See You.") Musically restrained but vocally and lyrically brilliant, it's a soulful meditation on love, loss and redemption. I'm still only beginning to plumb its depths, but it's clear that it's a diamond set in the often very rough Sands of Petersburg...

(Yuri Day, by the way, is an Orthodox liturgical holy day. In the Western tradition it is called "St. George's Day," but I have no idea what its significance might be in either Christian tradition).

Endnote: [1] Actually, the invaluable Mimoza-pedia Russkogo Mira elucidates for our benefit: In the Russian slang of the period, jar=bong, jamb=joint, etc. Ergo, the song should really be understood as "Be My Bong," and is in fact an early-80's Sense-and-Sensimilla Stoner-anthem in which devotion to dope/smack and sexual lust are neatly conflated. Brilliant! It's just too bad the music still bites like Ozzy Osbourne decapitating a chicken.

Experiment by extenstion of this condition into the past...that is, what would happen if we had then everything we have at our disposal now. The songs were written between 1975 and 1986, collected (and partially completed) in my head while in Jerusalem after having read a guidebook to the Volga region published in 1907, and recorded by Akvarium in 1993. It's entirely possible that the album might not have seen the light of day; it wasn't clear if it was worthwhile resurrecting songs lost from the land of the living. Consulting with those who came by during the mixing, some were malicious in the sense that they questioned if I was right in releasing everything that I compose. ("Graphomaniac's Syndrome," one sprirt sardonically observed). But the general impression of these recordings was surprisingly positive and put me in a good mood. It's a pity that it's hard to hear the words taken from the Tibetan Book of the Dead at the end of "Little Uncle Thompson."

The only new song here was "Yuri Day"...new in the sense that the first two lines, preserved since 1977, were stuck onto a different song. Verily, the Lord acts in mysterious ways: the song's one of my favorites.

Translated from Songs by Dzhon.