The Ziggurat of Babylon Bodhisattva

The fifth tier of the Ziggurat of Babylon. You’ve reached the dizzy top of the ziggurat: the view is strange, terrifying and exhilarating. Bodhisattva albums are characterized by their extremity: like the deepest truths, they are beautiful or excruciating, or, most often, beautiful and excruciating at once. Only those who have devoted their lives—or at least an astonishing amount of their spare time—to the unfettered pursuit of any and all things Grebenschikovian need to go here. The Bodhisattvas are enlightened enough to love many of the albums in this category, but it is an enlightenment often mistaken for madness in the unhappy secular world far below. 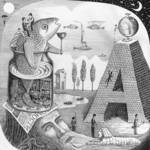 Minuet for a Farmer

The Gurus, despite their linghams and yonis, have yet to hear a recording by this name (Ìåíóýò = oral sex. Coincidence? Apparently not. Oh well—it was funny while it lasted.) 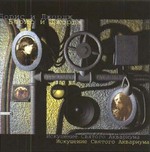 The Temptation of St. Akvarium

Sure, it sounds like two profoundly stoned Russian college students trying to teach themselves to play guitar...and failing miserably. Nevertheless, we know that ALL WOMEN MUST OWN IT! Read on... 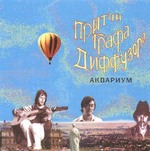 Musically, it's mostly young BG, his guitar, and a harmonica. There's some sparse piano in there, a dabble of flute, some vocal harmonies…and even way back then Boris tinkered with zany instrumentation (the wobbled sheet of plastic on one track, for example). It's about as mature an immature album as you're going to find coming out of the Soviet Union in 1974. 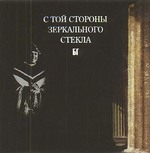 The Other Side of the Looking Glass

Dzhrew writes: "Listening to it now. Pretty wack. Think, a more bluesy version of The Parables of Count Diffusor." Dzhrew has since misplaced his only tape of it, shrinking the lingham by a small (but perceptible) amount. Dubbear, however, swears he listens to his cd version of it all the time...which could explain a lot. 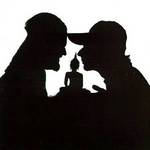 All Brothers are Sisters

Boris and Mike Naumenko. This has also been released on cd as "Boris & Mike." Some rough guitar playing makes it easy to hear how various songs are constructed, but only the truly devoted need apply. 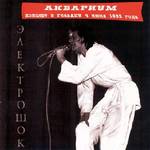 Features rocking live versions (you know it, baby) of early songs, while giving an aural lesson in what a great thing it would have been to see an early live show. Recorded on June 4, 1982 in the Conference Hall of the Main Moscow Architecture-Planning Division, this show is not vital, but it gives you that drugged-out-in-the-post-Brezhnev-era feeling without all the wear & tear on your body & wallet. Buy Aroks i Shtyor first, though. 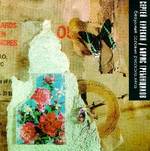 Sergei Kuryokhin and Boris. Mad washing machines in the next apartment. It's a one-track extravaganza of vibrating suds. It's the album that cleans your socks and hangs the fans out to dry. Sure, the first track sucks, but the rest of the album… Let's put it this way, if they played organ music at divorce court, this is what it would sound like (somewhere around minute 19 would be perfect)… 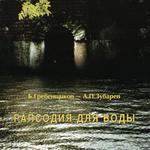 B. Grebenshikov & A. Zubarev: Water Rhapsody

Winter is bitter and unrelenting in Arkhangelsk, they say, and “they” are well qualified meteorologists. Nevertheless, Nikrond braves the moroz to bring us a review, but will he come back Ded?